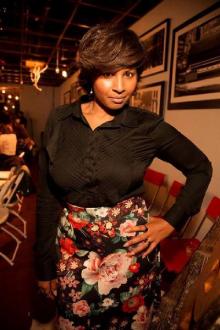 Ayanna Dookie is a stand-up comedian based in Brooklyn, New York.  She is the 2014 winner of The She Devil Comedy Festival.  She also earned a spot in the semi-finals of NBC’s Stand-Up for Diversity and a finalist in the New York Underground Comedy Festival Emerging Comics Competition.  She has appeared on Comcast-on-Demand, is currently a cast member on Fox's Laughs, and has been featured in the New York Post, Health Magazine, and the Lifetime Network.