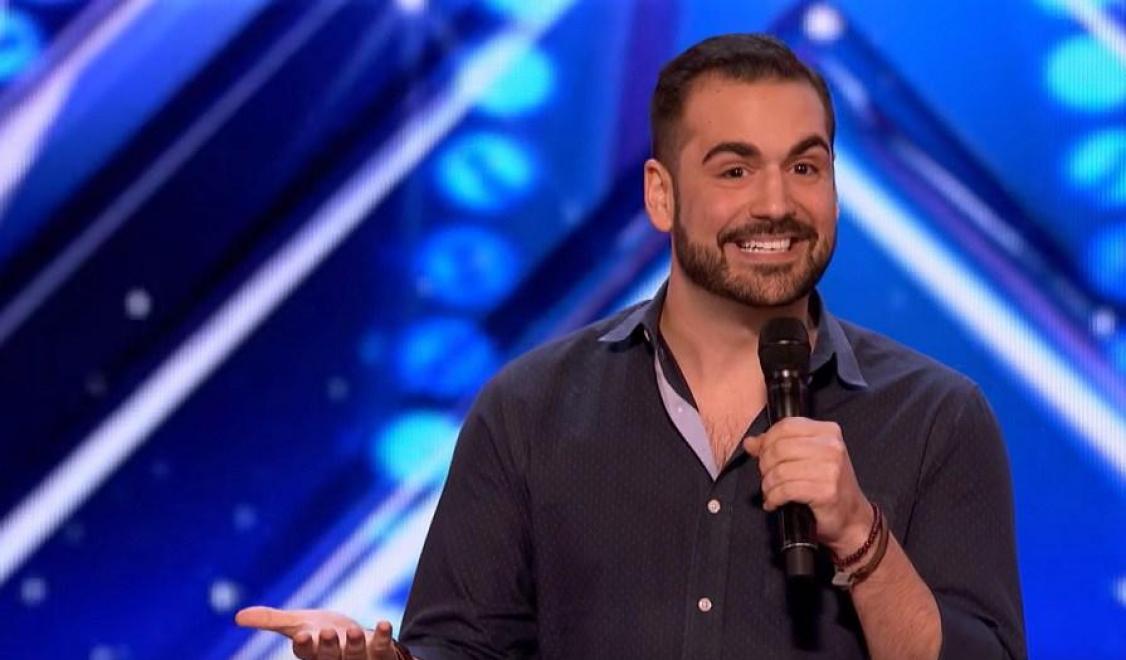 Harrison began performing stand-up comedy while studying psychology and English at Harvard. A summa cum laude graduate, Harrison was the co-founder of the Harvard College Stand-Up Comic Society (or "Harvard College SUCS," as the group's name is cheekily acronymized), the first organization at Harvard dedicated to the performance and appreciation of stand-up comedy and one still popular on campus today. Now living in Manhattan, Harrison has quickly become one of the most in-demand comedians in New York, performing in more than 600 shows a year and thus leading both Time Out New York and the NY Daily News to call him "the hardest-working man in comedy." One of Comedy Central's "Comics to Watch," Harrison has also received many awards and honors for his comedy, including the Andy Kaufman Award (2010) for creativity and originality in comedy, the Shorty Award in collaboration with Comedy Central and the New York Comedy Festival for "Best Emerging Comic" (2011), and the Magners Comic Stand-Off (2011). On television, Harrison was featured on NBC's Last Comic Standing (for a clip, click here), AXS.TV’s Gotham Comedy Live, and National Geographic Channel's Brain Games, and has appeared on MTV, SPIKE TV, the Discovery Channel, and the Science Channel. Behind the scenes, Harrison was a producer for Primetime: Would You Fall for That? on ABC (which premiered in 2013 to over 3.5 million viewers) and a story producer for VH1’s This is HOT 97, as well as the warm-up comic for Katie, Katie Couric's daytime talk show on ABC. Internationally recognized for his talent, Harrison was the head writer for Tu Nite con Lorenzo Parro, the first-ever late night show on NBCU/Telemundo; was a featured correspondent on the Japanese television show, Scooper, which was broadcast nationally on Nippon TV; appeared in the documentary, 10 Minutes in America, on France's Canal+; and was a featured act in the Magners Glasgow International Comedy Festival in Scotland. Harrison was also the co-host and featured performer of the official Times Square New Year’s Eve World Wide Webcast in 2010 and 2011, broadcasting live to over 250 million viewers around the globe. Harrison also headlines comedy clubs around the country, including sold-out shows at TBS Just for Laughs Chicago and the legendary Carolines on Broadway (leading Punchline Magazine to name Harrison one of the “Breakout Artists” of the year). Harrison has also been featured in a wide variety of national and international publications, including being highlighted for the "Joke of the Week" in TimeOut NY and being featured in the New York Times, the Wall Street Journal, the Boston Globe, and CNBC.com. Harrison's one-man show, Harrison Greenbaum: What Just Happened?, debuted at the legendary New York comedy hotspot, the Upright Citizens Brigade Theatre, before commencing an Off-Broadway run and international tour that's included performances at the Kennedy Center in Washington, D.C, and the Magic Castle in Hollywood, CA. (For more information on the show, visit the show's official site here.) Harrison is a talented comedy writer as well. He is a nationally published author (with selections printed in the books, 50 Successful Harvard Essays, 2nd ed., and How They Got Into Harvard) and has been a writer for MAD Magazine since 2005. From colleges to comedy clubs, from talk shows to theaters, Harrison is bringing his unique style of comedy to audiences across the country and around the world, proving each night why publications such as Newsday have named him one of “today’s best.”