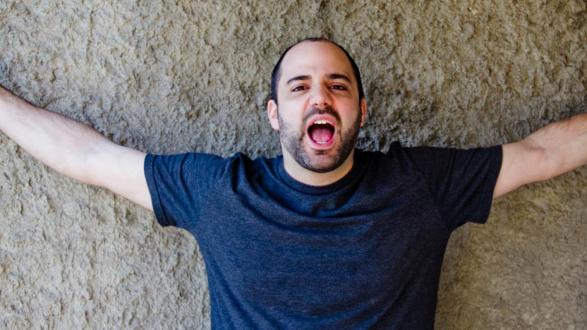 Paul is a stand up comedian who grew up in the suburbs outside of New York City. He loves his family, cigars and having pointless sports arguments with his friends. He was first attracted to stand up comedy at a very young age. He was only nine years old when he witnessed Eddie Murphey's "Raw". Although he couldn't understand all the jokes and probably should not have been listening to expicit language, he became instantlly intrigued by the idea of speaking into a microphone and making a crowd of people happy. Also, in the mid-eighties, his father took him to see Rodney Dangerfield live at Radio City Music Hall in NYC. By the end of the show, he was sleeping on his fathers lap but the seed was planted. Starting out Paul was performing anywhere he could. From doing contests, awful bar gigs where he stood on soda crates as a stage and even someones living room holding an empty corona bottle as a mic. Paul now headlines clubs all across America. Many of the nations top comedy clubs have called him one of the strongest up and comers working today. Paul has also opened for some of the biggest names in the business. Comics such as Bill Burr, Dave Attell and Jim Breuer to name a few. Recently he has toured with Bill Burr in some of the country's greatest theaters including, Constitution Hall, The Chicago Theatre and Carnegie Hall where he killed in front of a sold out crowd on the most legendary stage in the world. During the NY Comedy Festival Paul opened for Burr at Madison Square Garden in front of 15,000 people. Paul's debut album Paul Virzi "Night At The Stand" was #1 on iTunes and #4 on Billboards comedy album charts. Every week you can hear him host his very popular podcast "The Virzi Effect". Some of his credits include TV appearances on AXS TV's "Gotham Comedy Live", The NFL Networks "Good Morning Football" and writing for the ESPN ESPY Awards. Paul has made numerous appearances at the very prestigious Just For Laughs Comedy Festival In Montreal and was recently asked to perform at the SXSW Festival in Austin, TX. He can also be seen on the upcoming season of truTV's "Comedy Knockout". Paul never fails in keeping the laughs coming and making the audience feel comfortable with his hard hitting personal approach. He is fun to watch and has a stage presence that is second to none.